numbers in the Ōtanewainuku forest in the western Bay of Plenty. Throughout 2020, 479 possums were trapped using the modified sentinels which is a pleasing result and should have really knocked the possum numbers down (fig. 1).

Ōtanewainuku Kiwi Trust volunteer Dave Edwards has modified the traps making it easier and safer for volunteers to check and reset the traps with some very positive feedback coming from our own volunteers and those further away who have adopted the modifications in their own areas. You can see Dave’s explanation of the changes on our YouTube channel https://youtu.be/yeM2-7i_sZc. At a training day for volunteers last year, Dave demonstrated the use of his modified traps (fig. 2). In plant news, Trustee and son of the founder of the Ōtanewainuku Kiwi Trust, Hans Pendergrast recently noticed a very large leaf ‘tanekaha’. The area is a tanekaha dominated forest on the higher dryer places, with many emerging rimu and totara over the edge where it is wetter and there is more soil. With a little help from fellow Trustee and kiwi expert, David Brown, they identified the tree as toatoa. Phyllocladus toatoa. Hans reports that he hadn’t realized that this tree was in the locality but that Sarah Beadel’s 1985 survey does record this species (as P. glaucus) so she must have identified them somewhere. “A new name, Phyllocladus toatoa, was created in 1996, for  a species formerly named P. glaucus, (a misapplied name based on a cultivated specimen of the Tasma

nian species P. aspleniifolius). It has several unique characteristics and is easily distinguished from other members of the genus by its large and distinctive phylloclades and male and female cones. It is locally common on relatively infertile soils in lowland and montane forests from the central North Island northwards. It is well protected and not considered to be a threatened species,” says Hans.

Hans says that there are 3 Phyllocladus species in NZ—toatoa, tanekaha (fig. 3), and mountain toatoa. These trees do have leaves, but they are small and scale like. The trees were harvested for the very straight, white, beautifully grained timber. The bark contains a tannin, in demand at the time by the tanning industry for producing high quality leather. The sawmillers made as much money out of the bark as out of the timber. 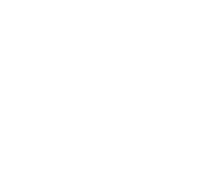